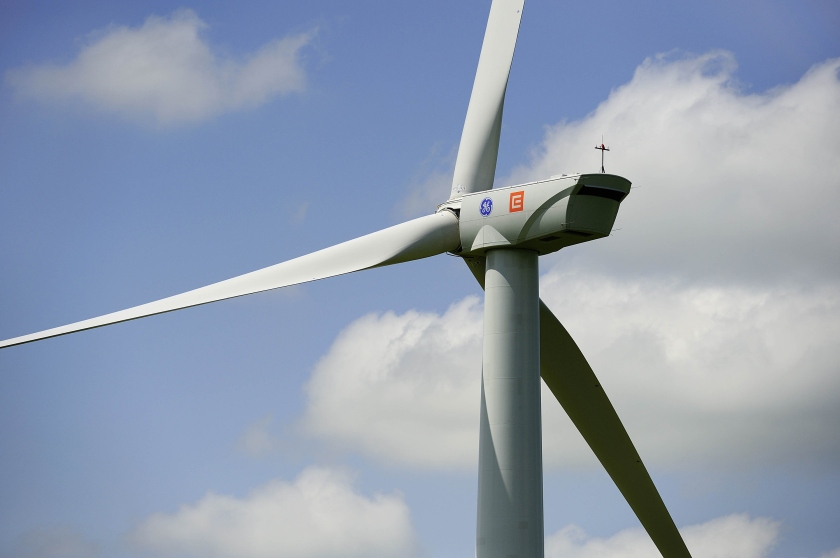 As proposed, SWEPCO will own 1,400 megawatts (MW) of a 2,000-MW wind farm under construction in Oklahoma. SWEPCO also will help build an approximately 350-mile, dedicated 765-kilovolt (kV) power line from the Oklahoma Panhandle to Tulsa to deliver the wind energy to customers.

“This is an exciting opportunity to provide a significant amount of clean, renewable energy and long-term cost savings for SWEPCO customers,” said Venita McCellon-Allen, SWEPCO president and chief operating officer. “We are working to meet the future energy needs of our customers in the cleanest, most efficient and cost-effective ways possible, and at the same time continuing to diversify our energy resource mix.”

The proposed Wind Catcher Energy Connection Project is expected to save SWEPCO customers more than $5 billion, net of cost, over the 25-year life of the wind farm, compared to projected market costs for procuring power over the same period.

Cost savings include no fuel cost for wind, which lowers SWEPCO’s overall fuel and purchased power costs; full value of the federal Production Tax Credit, which is available for construction of new wind farm projects; and the cost-efficient delivery of the wind generation to customers through the new, dedicated power line.

Customers will see savings primarily through a reduction in the fuel portion of their bills, beginning in 2021.

The wind farm is under development by Invenergy in Cimarron and Texas counties in the Oklahoma Panhandle. SWEPCO and PSO will purchase the facility at completion, which is scheduled for the fourth quarter of 2020.

“This is the largest single-site wind project in the United States,” McCellon-Allen said. “With a large-scale project at this site, we are tapping into one of the best wind resources in the country. The dedicated power line will deliver the renewable energy efficiently, reliably and cost-effectively to our customers, significantly reducing what are known as congestion costs for use of existing power lines.”

The economic impact of the project will include manufacturing of key components of the wind turbines in states served by SWEPCO. GE Renewable Energy, which will provide 800 of its 2.5-megawatt wind turbines for the Wind Catcher facility, anticipates that a significant number of turbine blades, towers and generator frames will be manufactured in Arkansas, Louisiana and Texas.

The project will move SWEPCO toward its target of 2,000 MW of renewable energy by 2034, as identified in the company’s Integrated Resource Plan. Once the project is completed, renewable energy will comprise 29 percent of SWEPCO’s energy resource mix, up from the current 9 percent.

The project is subject to regulatory approvals in Arkansas, Louisiana, Oklahoma and Texas as well as the Federal Energy Regulatory Commission. 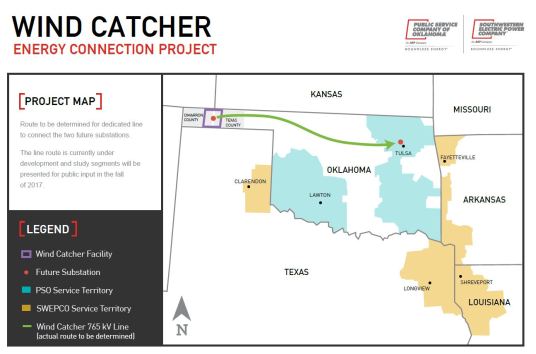 SWEPCO serves 530,000 customers in western Arkansas, northwest and central Louisiana, northeast Texas and the Texas Panhandle. SWEPCO’s headquarters are in Shreveport, La. News releases and other information about SWEPCO can be found at http://www.SWEPCO.com. SWEPCO is a unit of American Electric Power (NYSE: AEP).